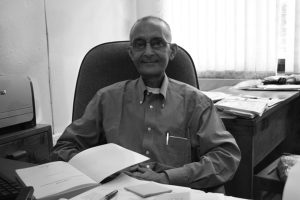 Karim F Hirji is a retired Professor of Medical Statistics and a Fellow of the Tanzania Academy of Sciences. A recognized authority on statistical analysis of small sample discrete data, the author of the only book on the subject, he received the Snedecor Prize for Best Publication in Biometry from the American Statistical Association and International Biometrics Society for the year 1989. He has published many papers in the areas of statistical methodology, applied biomedical research, the history and practice of education in Tanzania, and written numerous essays on varied topics for the mass media and popular magazines.

He resides in Dar es Salaam, Tanzania, and may be contacted at kfhirji@aol.com.