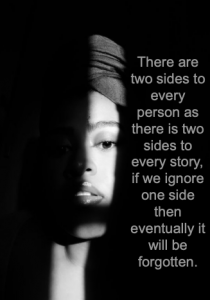 The questions we find ourselves asking are, What is memory? What is the purpose of memory? What power does memory have on an individual? And, What are the pitfalls associated with remembrance? In this paper we will address these questions and also answer how memory is associated with racism, and whether our childhood memories have had an impact on how one reacts towards racism today.

In every decision we make, whether it’s questioning if we should eat a specific food or deciding what kind of acrylic paints you like, are all based on our memories of a similar situation in the past. For example, if you got food poisoning at a restaurant and a few years later you think about where you want to eat, then your memories will recall the last time you ate at said restaurant and will inform you to  decide against it. This is because memory is what helps you survive. Specifically, this is an example of episodic memory. In Baddeley’s textbook “Memory” he states,

“Tulving himself (2002) now limits the use of the term “episodic memory” to situations in which you actually re-experience some aspects of the original episode…Tulving refers to its value, both in allowing us to recollect and “relive” individual events, and to use this information for planning a future action” (p.15).

This is the purpose of memory, the importance. People’s memories are what make up the world we live in today. Memories define the belief people create for themselves and what was taught to them through our childhood.

I thought a lot about the direction I wanted to take this paper, and I have realized I wanted to describe a timeline of events which taught, shaped, and influenced my sister’s way of thinking about the world; with her permission of course. In the writing, I wanted to explore how her teachings formed her ideas around racism, and how she learned racism existed in the world. Once I am able to understand how memories are recalled from childhood I will not only be able to describe the power memories have on an individual future thoughts but I will also be able to pinpoint the pitfalls.

To know a little bit about my sister, she identifies as a black, bi-racial woman, born to a white mom and a mostly absent black dad, which meant she had little to no contact with the black side of her family. Our mom was the type of person who would always be willing to talk about race in our home. She made sure we had black Santas and black angels for Christmas, and if she couldn’t find any, which was definitely rare, she would paint them to look like people of color. She made sure we had toys and books that depicted people of color also. She really made sure our home life would reflect our family, especially since Oregon didn’t.

When my sister was young, around 6 or 7, she told me about the first time she had had a racial encounter. Our dad had taken us to get our hair done multiple times on his own at a barber shop in Northeast Portland. There hadn’t been any problems before. However, our mom decided to take us to get our hair done one day. Again to her, it wasn’t a big deal. However, when we went into the shop, all of the black women stared at us in disgust. Our mom approached the woman who usually had done our hair, and very firmly, the woman said we needed to leave. It was along the lines of, “we ain’t helping no white woman who steals our black men.” At this moment, my sister honestly didn’t know what to think, besides how people would always view our family, especially our mom. She started to become apprehensive towards black women. Other encounters with black women didn’t go very great anyways. No one wanted to do her hair, especially when they saw our mom. So she began to push that part away from her.

Throughout all of her schooling she only had two black girlfriends. She went to a bilingual school, where she had many friends of color and who had brown skin like her, but no one was black. For as long as she could remember, she was okay with her skin because she was surrounded by brown skin. But hair is a different story. Both of those friends understood what it meant to try and have straight hair, or white hair. Our mom wanted her to embrace her curls, but in her mindset, she needed to have straight hair like everyone else. Plus you only have to go through one time of not brushing out your curls and your mama’s needing to brush it all out. She wasn’t having it anymore. We bought so many products and have gone to so many hair salons to try and have permanently straight hair. Every time her roots came back in, she would go and get it done again. Because doing this was so expensive, we invested in a straightener which got really, really hot, and we would straighten her hair consistently. No one would ever see her curly hair. Her hair got so bad it broke off. She decided her senior year of highschool to cut off all the dead ends so she could have healthy, curly hair. It’s taken many years of her trying to embrace her natural hair, including now. She has been experimenting a lot. Hair can be the epitome of a black woman if they choose to have hair. It is so versatile. She knows it doesn’t seem important to talk about hair but her hair has been a big part of her identity and a big part of accepting who she is.

She always wanted to be like other black women; strong, confident, and beautiful. She has never really seen anyone like us anywhere; movies, tv, billboards, nothing. She has never had positive black women in her life. My sister felt very isolated. She wanted so much to be accepted into the black culture. She still has the mindset of not really belonging there because she grew up differently, she speaks differently, her hair isn’t like the other black women she’s noticed. When she played against black girls in basketball, they hated her, argued with her, attacked her, because she was a lightskin. She had been curious yet hesitant when approaching or being approached by black women. It’s hard because it felt like a need to belong and to be in unity with them, but her experiences had her feel so hated.

“If individuals view themselves as possessing both personal and relational aspects, it ought to be possible to prompt them to focus temporarily on either their relatively unique personal self or their relational self” (Wang and Ross).

Growing up my family had all kinds of conflict with our culture. Wang and Ross both wrote about understanding oneself and understanding our teachings, but this wasn’t the case. Even growing up we had extremely difficult situations. Not only were we looked at badly by the white community but also by individuals we were supposed to be able to connect with. Racism comes in all shapes and sizes, and sadly even between color. My siblings and I have had very similar experiences, we are disliked by blacks for being mixed and hated by whites because we were black. There is no in between. Growing up every time we were called bad names, bullied because we didn’t fit in, it was all being encoded. Like explained in the article “How schema and novelty augment memory formation” they explained how people’s brains are encoding the information the world throws at us and it moves into storage, when it begins to shape who we are when the memories are recalled.

With understanding the article “How to optimize knowledge construction in the brain” written by van Kesteren & Meeter, we understand that the creation of schemas can change the way we think about episodic memories and how they can fade when the schemas become stronger, lending to false memories. However, when one has a mother like ours you learn to know the truth about racism and when to recognize it or not. This is how one stays safe. When taking racism into consideration one needs to know the true memories from the fake. This is how one has the credibility to create a movement.

We have been beaten, we have been harassed. We have been called the N-Word too many times to count. We’ve been told our hair needs to be tamed, and we need to bleach if we want to look more like a white person. We still get followed in random places, we can’t find anything “nude” for our skin tone. We are still learning how to control our anger and rage when we see and experience racism, even within my own city. We are still learning how to be a part of the black community. I feel that at 21 years old, I know I have a lot to learn, and I’m ready to do just that.

I have followed the BLM movement, the world has done nothing but let people of color down for years but the year 2020 has pushed the black community to its breaking point. It is time for change and we plan to bring just that. Every single person has encoded the information the media, our parents, and friends have provided and now it’s time to decide which side you want to be one, the oppressed or become an oppressor.  And sadly this is the pitfalls of our memories. We have to go everyday with the information that there is injustice in the world, on our streets. Everyone says it is not always best to have a photographic memory, but when it comes to racism that is the one memory a person of color never forgets. The memories of being attacked just because a white individual doesn’t feel we are human, or even because they think it is “funny”. People of color will never forget, we will forever recall the horrible memories simply because of storage. It’s like studying, you learn something and then in order to recall the information it takes practice. Well it is the same with racism. In the point of view of a racist, it is a learned behavior. It is practiced everyday till eventually they either physically or mentally hurt a person of color. Then for people of color, we learn how to recognize racism. How do we do this? We do it by being the victim of someone’s actions.

People of color want to forget. We wish everyday that racism is a fake memory, but unfortunately we wake up and relive the same experiences everyday.  In Daniel Kahneman’s ted talk he discussed the relations between the experiencing self and the remembering self. The experiencing self works in the now, it takes in the stimulus from the environment without giving much attention to the detail of the memory. The remembering self is what decides what we feel about the memories created and then makes decisions on how we present the memory. The two sides of our memories help us determine how we look at racism. Much of how we feel about our memories are through our remembering self. How we look at race is through our past lenses of what we have been taught to feel. When bringing racism into consideration, we many create negative memories based on a moment in time rather than thinking about the situation in a different light.

Cultivating Your Practice of Justice & Inclusion: Explanation and Advice from Cognitive Science by Nina Nova is licensed under a Creative Commons Attribution-NonCommercial-NoDerivatives 4.0 International License, except where otherwise noted.