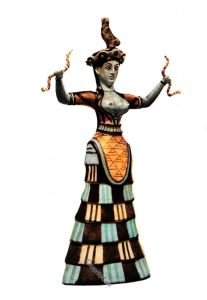 They are the invisible mega super-rich.   Beyond your wildest dream – they are mega mega rich.  Some call them Elite, or a Cabal.  It’s only a handfull of people. They use exoteric and esoteric sorcery on us because it works.  We cannot actually see them.  The Invisibles are richer than the top one percent of the Elites we know about… over MANY centuries this group plundered, enslaved, amassed obscene wealth:  they are unseen flying in private jets, living on islands, on yachts, in guarded palaces and kingdoms, and they are literally invisible.  (There are two kinds of people: us and them, kings and serfs/slaves.  Have’s and have nots.)  They are responsible for genocides. They regularly change their names, every 100 years or so.  Every 100 years or so, there is a new war or genocide ethnic cleansing.  They are truly EMPIRE.  They rule countries and governments. They control everything. They are ruthless. And they are looters and killers. [Esoteric means “not public or common knowledge” while exoteric refers to “knowledge or practices commonly taught or shared.” For example, mystical, magical, or occult practices are typically described as esoteric, while everything taught in public school is exoteric!]  Killers?  Psychopathic?  Don’t believe me?  I am not kidding around here.

It all comes together, and it is a theory at this point.

COBRA VENOM is a biological weapon “they” have used for over a million years! And they are using it now.

The first who identified this Minoan Goddess and who described her domestic and chthonic role and her cult, was A. Evans. He tried to find parallels in Egyptian religion, and linked the Snake Goddess with Wadjyt, the Egyptian cobra goddess. From his point of view the attribute of the goddess — a snake — was a form of an underworld spirit, which had domestic and a friendly significance. M.P. Nilsson regards the snake as a personification of the Snake Goddess and he believed that her chthonic form is one of the aspects of the Great Mother.

There are discussions concerning the functions of the Snake Goddess. There is no real archaeological evidence in Crete to support her household role, and there is almost no support for the chthonic aspects. A small offering vessel of the Pre-Palace period, in the shape of a female figure with a snake coiled around her body from Koumasa, was discovered between some grave items. Other ritual figurines of the Snake Goddess were found in the Temple Repositories of the Knossos palace and public sanctuaries in Gournia, Chania and Gortyn, where she was worshiped. Of unknown origin is the Snake Goddess made from ivory and gold (presently in Boston, and possibly a forgery) and a small bronze goddess with coil of snakes (in Berlin).

Two famous faïence Snake Goddesses from Knossos belong to the New-Palace period (about 1600 BCE). Besides the ritual function, they are among the best examples of Minoan art with its dominant features — naturalism and grace. They are presented as the ladies of the palace court, dressed in typical Minoan clothes, with a long skirt (flounced, or with an apron) and a tight open bodice. The snakes crawl around the body of one the goddesses and appear in each hand of the other. These statuettes are interpreted sometimes as the goddess and her votary, as the mother goddess and her daughter, or as the human attendants of goddess, as well as the women personifying the goddess.

Totally different ritual objects of the Snake Goddesses came from sanctuaries of the Post-Palace period (1400-1100 BCE).

But the snake also had negative role as an originator of the death and as an avenger in the company of mythical creatures. MORE

CoVENOM19? –  Dr Bryan Ardis That Goes Into More Details About The Covid Vaccines

This latest video with doctor Bryan Ardis goes into a few more details and history of how the U.S. government has been using venoms as weapons in the past and now today in covid vaccines. Some venoms that have been used are from shellfish and poison snails and now with snake venom in vaccines. There is some discussion of possible plans for venoms to be disbursed in water systems under controlled situations to allow venoms in water to propagate to its final target, the people.

Please share this video with as many people as possible to help inform the world of what evil plans the globalists have for all of the people in the world.

2022:  It’s funny how they play with us and tinker with their history – yet it’s the same people again and again.  We’re not stupid.  But we have ignored history (and them) for a million years.

It’s not complicated. When you see invasions, it’s them.  Evil is evil, and sorcery is sorcery. Theft is theft!  All to confuse and to confound, it had worked for CENTURIES.  THEY conquered us, and enslaved, to build their fortunes and empire across the globe. THIS IS EVIL. They exist even now. [Of course they know their own history but they hope (you and me, the little people) won’t find out.]

Iconic symbols of Sardinia, the NURAGHI are mysterious circular stone constructions scattered all over the island.  Among the most impressive sites in Sardinia is the Nuragic complex of Barumini, located 60 kilometres from Cagliari, in Marmilla, in the heart of Sardinia.

The ‘nuraghi’ represent Sardinia’s greatest – and most mysterious –  archeological treasure: 8,000 ancient megalithic buildings found nowhere else in the world.  (Not exactly true) (Ancients yet again, the same INVISIBLES Elite as Minoan. Buildings built by slaves.)

(All THEORY) The Nuragic civilization began in the Bronze Age (1800 BC), as the evolution of pre-existing cultures present on the island of Sardinia since Neolithic times. The Nuragic civilization takes its name from the nuraghi, circular defensive towers-fortresses in the form of truncated cones built of dressed stone for which no parallel exists anywhere else in the world.  Most of them were built on high ground, near the villages, and had defensive and military functions.  Some reach a height of 22 meters, such as the nuraghe Santu Antine Torralba; others were structured as interconnected towers, making them imposing fortresses.Among the most interesting nuraghi sites are: Nuraghe Arrubiu (Orroli, Nuoro), possibly the largest nuraghe, along with Su Nuraxi (Barumini, Cagliari); the Tombs of the Giants Li Lolghi e Li Muri at Arzachena (Sassari); the mysterious Tophet found in the urban area of Tharros (Cabras, Oristano)… was it a sacred burial place for children or a place where human sacrifices took place?The nuraghi were discovered in the 1930s and were recognized a UNESCO World Heritage site in 1997.  italymagazine.com 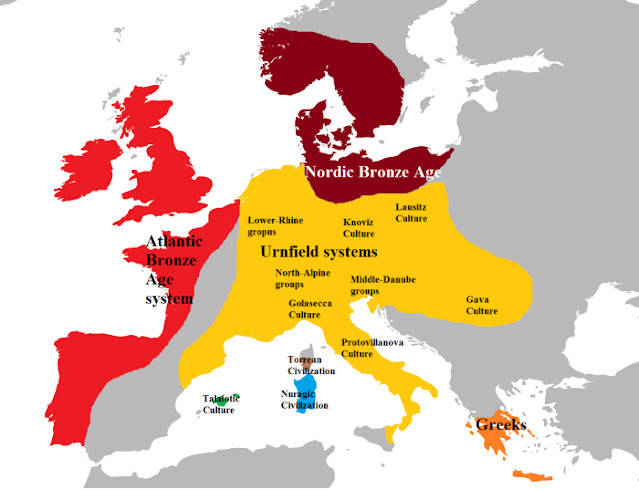 Who were the Sea Peoples? (Ancient Mediterranean and Bronze Age)

From around 1500 – 1200 BCE, the eastern Mediterranean was arguably one of the most prosperous regions of the ancient world. Trade, knowledge, people and new ideas flowed freely and for the most part, there was a good deal of political stability in the region. Then, seemingly out of nowhere, SEA PEOPLE came. Boatloads full of battle-hardened warriors, many of them traveling with their families. They were a mysterious and diverse group of peoples who scholars today call the “Sea Peoples.” We are told, mostly from Egyptian records that they created havoc everywhere they went and that empires fell before them and cities that had existed for thousands of years were reduced to ruble. However, was all this true? We do hover know that the world after their arrival wasn’t the same. Scholars still ask the question, “who were the Sea Peoples?”  (I know, they were the same people, often called MINOANS)
https://youtu.be/7pbRMmuaO0w
BREAKING NEWS
Archaeologists in Turkey say they have discovered a Roman-era gladiator burial ground in Anazarbus (modern Anavarza) in the country’s southern Adana province. If true, this would be one of only a few known gladiator cemeteries across the ancient Mediterranean.

If positively identified as a gladiator cemetery, Anazarbus would be only the second city in Turkey and one of only a handful of known gladiator burial grounds across the Mediterranean.  In 1993, Austrian archaeologists working at Ephesus along a road called the Via Sacra found a gladiator necropolis dating to the 2nd and 3rd century CE.  Ancient necropoleis were often placed along roads outside of cities, since Greeks and Romans — prior to the dominance of Christianity — buried their dead outside of urban areas, rather than within the confines of the city walls of the polis.

TWO TYPES OF KNOWLEDGE: Exoteric is suitable to be imparted to the public without secrecy or other reserves while Esoteric is understood only by a “chosen few” or an enlightened inner circle.

One last EVIL:  (for millions of years)  (yes, THESE ARE THE SAME INVISIBLES)

The British have invaded almost every country on earth (yes, really)
In the book “All The Countries We’ve Ever Invaded“, British historian Stuart Laycock writes that “out of 193 countries that are currently UN member states, [the British] invaded or fought conflicts in the territory of 171. That’s not far off a massive, jaw-dropping 90 percent.” But a lot of those incursions are relatively obscure. For instance, the time British troops took the Ionian islands doesn’t make it into many non-Ionian history books. Laycock’s methodology is broad — he includes British pirates, privateers, and armed explorers whose activities were blessed by the government — and his research goes all the way back to the beginning. In a review, the Telegraph notes that “the earliest invasion launched from these islands was an incursion into Gaul – now France – at the end of the second century. Clodius Albinus led an army, thought to include many Britons, across the Channel in an attempt to seize the imperial throne. The force was defeated in 197 at Lyon.”

ABOUT THE BOOK: Out of 193 countries that are currently UN member states, we’ve invaded or fought conflicts in the territory of 171. That’s not far off a massive, jaw-dropping 90 per cent. Not too many Britons know that we invaded Iran in the Second World War with the Soviets. You can be fairly sure a lot more Iranians do. Or what about the time we arrived with elephants to invade Ethiopia? Every summer, hordes of British tourists now occupy Corfu and the other Ionian islands. Find out how we first invaded them armed with cannon instead of camera and set up the United States of the Ionian Islands. Think the Philippines have always been outside our zone of influence? Think again. Read the surprising story of our eighteenth-century occupation of Manila and how we demanded a ransom of millions of dollars for the city. This book takes a look at some of the truly awe-inspiring ways our country has been a force, for good and for bad, right across the world. A lot of people are vaguely aware that a quarter of the globe was once pink, but that’s not even half the story. We’re a stroppy, dynamic, irrepressible nation and this is how we changed the world, often when it didn’t ask to be changed!

SOURCE  (please go look at all the maps then come back.)

This 2015 map of the world weighted not by land mass or navigation lines but around how much wealth each country has. As you can see, North America and Western Europe balloon to enormous proportions — even after adjusting for purchasing power, 46 percent of global wealth in 2002 was in their hands. The horror of this map is the shrunken husk of Africa. That’s a lot of people living with very little.

This work (Finding the Invisibles: A True Story by Trace L Hentz) is free of known copyright restrictions.