In a security environment which is extremely precarious, because of the power unleashed by communication networks, asymmetric warfare organized via digital networks is here to stay. This summer, the US was confronted by an Internal department assessment how ‘the Islamic State’s violent narrative has effectively “trumped” the efforts of some of the world’s richest and most technologically advanced nations’ (link to New York Times, ‘ISIS Is Winning the Social Media War, U.S. Concludes’, June 12, 2015), while Europe’s Interpol decided to crackdown on 50,000 accounts, as if that would solve the problem: intelligence and targets can be exploited through these users. Although the U.S and its key allies are aware of the importance of hundreds of thousands of messages from a plethora of users on social media networks supporting and celebrating atrocities against civilians, and subsequent radicalisation via inflaming reactive affect in groups structurally steeped in violence, their countermessaging strategy against ISIS is not yet successfully developed.

It is this gap that Anonymous started to fill. Anonymous asked supporters or crowdsourced to identify ISIS accounts to take them down, for example during the @OpCharlieHebdo and brought down Ansar-Alhaqq.net with a distributed denial of-service attack. In March 2015 (OpIsis) the group collected and published lists of tens of thousands of Twitter accounts, which it claimed belonged to members of ISIS or sympathisers, where 25,000 accounts were published and a list of websites and hosts by GostSec, while a guide was put on Pastebin on how to trackdown pro-IS Twitter accounts. The recent reaction after the Paris attacks is on a similar vein and it has found great support around the world.

It is only fitting that Anonymous has acted as a nemesis against ISIS/ISIL. Anonymous and ISIS are ideological opposites with an organizational commonality: organised networks fighting networked hierarchies. In the case of Anonymous the ideology is one that is open, fluid and horizontal most of the time. As it endlessly flows through rhizomes and travels through digital networks, it eats up many different spectra, so that it can only be pinned down by the nature of the activities of groups claiming the Anonymous network diffuse identity each time.

What can be understood by their activities against religious, government and corporate hierarchical institutions (i.e. US, Israel, Tunisia, Brazil, Turkey, companies such as Paypal, VISA, Mastercard in favour of WikiLeaks, Booz Allen Hamilton, Stratfor, against religious institutions such as Scientology, in retaliation to anti-piracy, but also other online players such as Fox.com, Sony, digital game companies, and paedophile sites)? And why also ISIS?

In contrast to Anonymous ideology, which is decentralised open and fluid (a caveat here on the anti-Zionist plus sexism controversies), ISIS is a network which relies superficially on religion to create an imagined community of believers: a super-hierarchical ideology which differentiates based not on nationality, but on religious affiliation and kinship largely relying on Wahabbism to fill the rest of its existential gaps.

Anonymous have been persecuted for cyberattacks in many countries so far mostly under cybercrime laws, as their activities are not recognised as a form of legitimate protest. Here it is worth mentioning the ethical debate in hacktivism, as some hacktivists see cyberattacks which aim to take down sites rendering them inaccessible or taking down accounts as not ethical, as it infringes on others’ freedom of expression.   The argument is that hacktivism should be really about creating technologies to circumvent censorship and to enable digital equality and open access to information.

In the case of fighting against the networks, which murder civilians and claim ISIS affiliation, Anonymous is fighting against groups that act, support or coordinate others to commit crimes against humanity (‘We will unite humanity’ the Anonymous video after the Paris attacks promises the viewers). Anonymous unite in an ideology that wants to be inclusive and to reflect a common humanity, which embraces open fluid identities which are not fixed and closed down to nationality, religion, and ethnicity. Theirs, on a meta-level is almost a fight against all closures and fixity.

What enables Anonymous to inspire is this collective framing against hierarchizations of race, gender, class, nationality, and religion. Anonymous have been accused of having their roots in misogynistic internet culture, but in their largely fragmented and multi-faced actions the group seems to aspire to much more than that: a common humanity discourse against striation and closure by neoliberal ideologies, corporatization, repression of dissent in authoritarian regimes and the closure of open debate and freedom of information.

Anonymous are the opposite of the coin in relation to ISIS, not just because they take their struggle mostly onto digital networks, but because it is not only their structure that is decentralised, but their ideology too. In ISIS the ideology is exclusive to one view of life, one ethical standpoint based on reactive desire for that life or else Thanatos, which is repulsive, because it is outside our understanding of everyday behaviour and defies any notion of common humanity.

In some respects Anonymous is the vigilante nemesis to Isis in digital networks, especially because of the gap in organising effective communications against the terrorist group. Does the symbolism of taking down ISIS promote Anonymous’ other objectives, collecting sypathizers and support for other activities in the future? To what end? Reports of physical addresses posted online by Anonymous of ISIS recruiters in the aftermath of the Paris attacks pose significant problems for ethics and rights in cybersecurity. Is it reasonable to expect that any countermessaging coalition against ISIS could in fact include collaboration with Anonymous as a legitimate civil society actor in the future despite Anonymous persistent persecution by governments around the world? It is fair to speculate that cooptation is not unprecendented, but in the case of Anonymous, exactly because it is such a complex fragmented actor, it would be hard to achieve. Hierarchies cannot match with their counterparts in networks and that is going to be a problem in any potential dialogue between Anonymous and government and international organizations’ cybersecurity and strategic communication entities. And yet, Anonymous has undoubtedly captured and channeled humanity’s affective responses in their actions against ISIS over the Paris attacks. 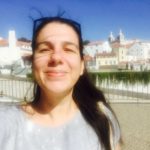 Athina Karatzogianni is a Senior Lecturer in Media and Comnunication at the University of Leicester, UK. Her research lies at the intersections between new media theory, resistance networks and global politics, for the study of cyberconflict and the use of digital technologies by social movements, protest, and insurgency groups. She is the author of The Politics of Cyberconflict (2006), co-author with Andrew Robinson of Power, Resistance and Conflict: Social Movements, Networks and Hierarchies (2010), as well as edited collections Cyber Conflict and Global Politics (2009), Digital Cultures and the Politics of Emotion (2012) and Violence and War in Culture and the Media (2012). All publications can be read here in pre-publication form as open access download: http://works.bepress.com/athina_karatzogianni/ Her latest monograph is Firebrand Waves of Digital Activism 1994-2014 (2015).  Athina can be contacted at athina.k@gmail.com