In February 2016 Health Secretary Jeremy Hunt declared childhood obesity as national emergency. This was in response to the announcement that the controversial sugar tax, championed by celebrity chef Jamie Oliver, would be introduced in 2018. Whilst Oliver campaigned for the tax as deterrent against the consumption of sugary drinks, critics of the tax including other celebrity chefs, felt that the tax would not be effective in combating the obesity crisis. They suggested that this tax would ultimately only benefit the government by generating a new revenue stream, rather than cutting the number of drinks consumed.

Top medical journal The BMJ has also published many articles on the debate, a whole range of experts echo the pros and cons of sugar taxation discussed by these celebrity chefs. So why is it celebrity chefs not these qualified experts that we are hearing from in our mainstream media?

This role that celebrity chefs were playing caught my attention as it reminded me of the work by Tania Lewis. Lewis suggests that traditional roles in expertise such as nutritionists are now being filled by popular lifestyle experts. This is demonstrated in the coverage of the sugar tax where the sole expert presented alongside rationales for its introduction is Jamie Oliver. Oliver’s celebrity status and the fact that he is well known as being a father with four (soon to be five) children, adds credibility to his cause and allows him access to publicise the issue in a way that a traditional expert would be unlikely to achieve within the same time frame.  Throughout this debate, Oliver has becomes the media-appointed face of food and children’s health in the UK.

Drawing on the celebrity as a culturally powerful figure to front the campaign is a modern form of activism where attention in generated from TV shows, blogs and tweets, This allows for direct engagement with the public and creates hype which has the potential, as seen here, to lead to changes in legislation.

There are also links between the debates emerging here and my PhD research. My research did not set out to analyse how people felt about the amount of sugar in products or childhood obesity, but in a context where the majority of participants were mothers and all had a strong interest in food as an integral part of their lifestyles the topic was inevitably discussed. The women in my study did not consider themselves to be activists in the way that many of them referred to Jamie Oliver (who at the time of my research was fronting the campaigns to change school dinners), because they were not public figures and their actions did not aim to have wider reaching social implications. Yet many felt that their singular efforts, combined with those of like-minded parents, could contribute to a future society with a more rational approach to food education and to tackling obesity.

The women in my study were readers of popular food magazines and some used the magazines as manuals to educate themselves about good food practices, again showing a reliance on popular expertise. Despite this, many felt that it was wrong that future generations would also be relying on media texts not formal educative programmes for their food knowledge. Nearly all of the mothers felt it was morally wrong that those involved in educating their children around health (education and the media) were forcing negative messages around food and body image on to their children. There was a distinct backlash about making children, whatever their weight, conscious of obesity. Instead these women were promoting the positives of healthy and delicious food to their children, with the aims that this would equip them to take care of themselves and ultimately lower their risk of becoming part of the childhood obesity statistic. They did this, as one mother said ‘out of a moral duty not just as being a parent and wanting the best for my child, but out of common sense for a more positive future’ – and this starts to echo the semantics of Oliver’s more formal political discourse.

The mothers felt engaged in a personal campaign to dispel what they considered worrying myths around food being preached to their children. They reinforced ideas of good eating rather than worrying about getting fat or thin, they strongly supported a balanced approach to food consumption. This they saw evidence in the way their children responded was more effective than just saying no to ingredients such as sugar.  It was this mentality that many of these women hoped would become be the core message of the formal institutions, outside of their family domains.

Here we see there are two battles for children’s health simultaneously at play; one in an open public and political forum, and another far more private and personal taking place within the domestic family sphere. Both are equally important in changing the tide of the emerging obesity crisis and both could, and should, be considered as activism based on the emotive core values of moral duty that drive them, which have such deeply personal roots but much wider social implications.

Perhaps then the perfect recipe for activism is a combined effort of the public and private sphere activists where they can both play a role in forcing legislators to act on key issues. 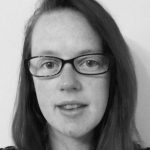 Jennifer Cole is a Teaching Fellow in the School of Business at the University of Leicester. Jennifer’s research interests include looking at the intersections between cultural consumption and production, and understanding how value formation occurs through these processes. Her research draws on cultural studies, consumer research and new economic sociology. Specific fields of interest include concepts of thrift, lifestyle media, and food practices. Jennifer is a member of the British Sociological Association Food Study Group and the University of Leicester’s Cultural Production and Consumption Research Group. Jennifer tweets at @jen_Cole1