As Europe struggles with a humanitarian crisis the like of which it hasn’t seen for decades, the media coverage of the refugees dying to get to the continent has been changing in tone.

At the beginning of August 2015, news of a ‘swarm’ of migrants causing travel chaos and nuisance to British holidaymakers in Calais got the bulk of the attention. By the end of the month, the term “migrant” had mutated into a pejorative term to classify these people.

Since then, there has been a remarkably reflective discussion of the appropriate labels to describe different experiences of migration and asylum. Al Jazeera, for one, made a well-publicised decision to use the term ‘refugee’ in place of ‘migrant’ when talking about the crisis in the Mediterranean.

Labels and terminology do, of course, matter. They help us understand, for example, why people who flee war and persecution have the right to claim asylum, while others seek jobs in other countries purely for economic reasons.

Admittedly, as David Marsh recognises in his piece for The Guardian, ‘the term is badly tarnished after years of abuse by those who seek to strip refugees of their humanity’.

That much is certainly open to debate, but it’s not the whole story. The way we really dehumanise refugees is not by wrongly labelling them ‘migrants’, but by denying them a voice.

Until the world saw a tragic photograph of a drowned boy, Aylan (Alan) Kurdi, the reporting of the ‘migrant crisis’ in the mainstream media was dominated by debates about whether the numbers of people seeking to enter Europe are sustainable.

Writing in the Sunday Times, the home secretary, Theresa May warned of the ‘consequences of uncontrolled migration on wages, jobs and social cohesion of the destination nations’. The British government has changed tack somewhat since the Kurdi picture, but the terms of the discussion haven’t really changed. David Cameron’s response and the discussion of it are still a matter of numbers, not lives.

This is not surprising if we accept, as argued by the anthropologist Liisa Malkki in her book Purity and Exile, that public discourse routinely frames refugees as a pathological challenge to the ‘national order of things’, one that requires preventative and curative measures.

Media coverage of the crisis remains firmly focused on the impotence of European leaders in face of ‘unprecedented numbers’ of deaths, arrivals, and people taken by particular countries. As Gavin Hewitt put it in a piece for BBC News online: ‘The crisis has overwhelmed Europe’s leaders. There is no plan’.

These discussions do nothing to explain why people risk their lives to seek asylum. We need to move beyond what Martina Tazzioli calls ‘the politics of counting‘. Treating asylum seekers and migrants as statistics not only strips them of their humanity, but also reduces them to the condition of voiceless and helpless victims. The personal stories of those who seek solace in Europe remain blithely ignored and unreported in the mainstream press.

One rare example of writing that takes into account the perspectives of those who find themselves displaced by conflict was an Owen Jones piece in the New Statesman. The headline read: ‘Owen Jones talks to Calais migrants: They forget we are human.’

In it, Jones tells the story of Habib, who comes from Jalalabad, and hopes of returning to the UK after being deported. We learn how Abdul, from Sudan, saw his village burned to the ground by an Arab-supremacist militia. Through these snippets of personal stories we gain new insight into how these young men find themselves ‘caught up in very difficult situations’. But we also learn that there’s courage and dignity in their stories.

We need more narratives that give voice to the individual experiences of asylum seekers, refugees, first and second generation migrants. We need stories that communicate just what it means to live in a world that treats people in dire need this way.

Only with stories like these can we foster a deeper understanding of the appalling disparity between different people’s fortunes in and around Europe where some highly skilled migrants are able to swiftly move jobs across borders while others risk death to reach the continent’s shores.

There are encouraging signs. A fast-growing new clutch of grassroots petitions and solidarity campaigns suggest that public sympathy for the plight of forced migrants and refugees has reached a tipping point. If the numbers of migrants are unprecedented, so is the outpouring of compassion.

This could be the start of a whole new debate on refugees and migrants – and the way we should treat them as humans, not numbers. 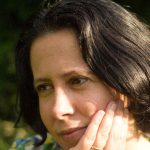 Maria Rovisco is a Lecturer in Media and Communication at the University of Leicester, UK. She has published articles on cosmopolitan cinema, cosmopolitanism and religion, and on the cultural borders of Europe and globalization. She is currently researching the relation between migrant arts, citizenship and public life as well as the relation between new activisms and the mediation of protest. Among her recent publications are the co-edited books Cosmopolitanism in Practice (Ashgate, 2009), The Ashgate Research Companion to Cosmopolitanism (Ashgate, 2011) and Cosmopolitanism, Religion and the Public Sphere (Routledge, 2014) and Taking the Square: Mediated Dissent and Occupations of Public Space (Rowman & Littlefield International, 2016).