We have already discussed the most common declension grouping for adjectives: Three-Ending 1st and 2nd Declension Adjectives (2-1-2). In this chapter, we cover the three other declension families:

A handful of adjectives, usually compounds, use 2nd DECLENSION endings for ALL GENDERS. For these adjectives:

Another small group of adjectives uses 3rd DECLENSION endings for ALL GENDERS. For these adjectives:

These adjectives tend to fall into one of two groups:

The contractions that produce the inflection of –ης –ες adjectives are similar to nouns in –εσ that we have already studied, e.g. Σωκράτης, -ους (stem: Σωκράτεσ-) and ἔτος -ους (stem: ἔτεσ-). The main differences are:

That said, adjectives of this type are fairly rare. The only other common adjective inflected like ἀληθής -ές is σαφής -ές clear.

Notice that the inflection of –(ί)ων –(ι)ον. adjectives is similar to nouns ending in –(ι)ον. that we have already studied, e.g. δαίμων -ονος. Note that:

Note, however, that when modifying a FEMININE noun, these adjectives use SHORT –ᾰ– in the NOMINATIVE and ACCUSATIVE SINGULAR. This change must be remembered, since it affects the ACCENT of these adjectives. These adjectives tend to fall into one of two groups:

While a handful of adjectives have their stems ending in –ντ, we have already encountered the most common one: πᾶς πᾶσα πᾶν all, every, whole (S 299; GPH p. 30). No others appear in our vocabulary lists.

As you study this inflection pattern, note the following:

Bringing It All Together

In the following charts you can see that you have now learned the endings of most nouns, adjectives, and pronouns that you will encounter in Greek. (To download this chart, click here: Greek Nouns Adj Pronouns Master List.) 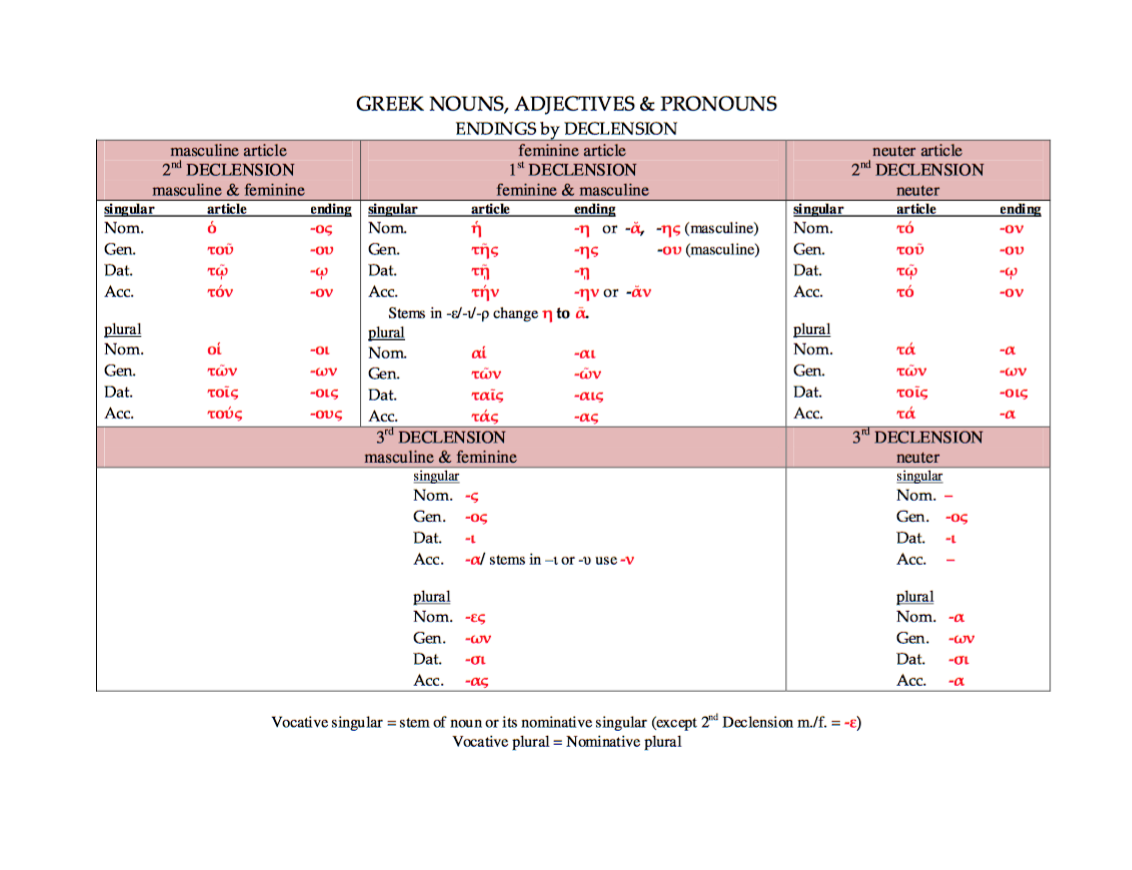 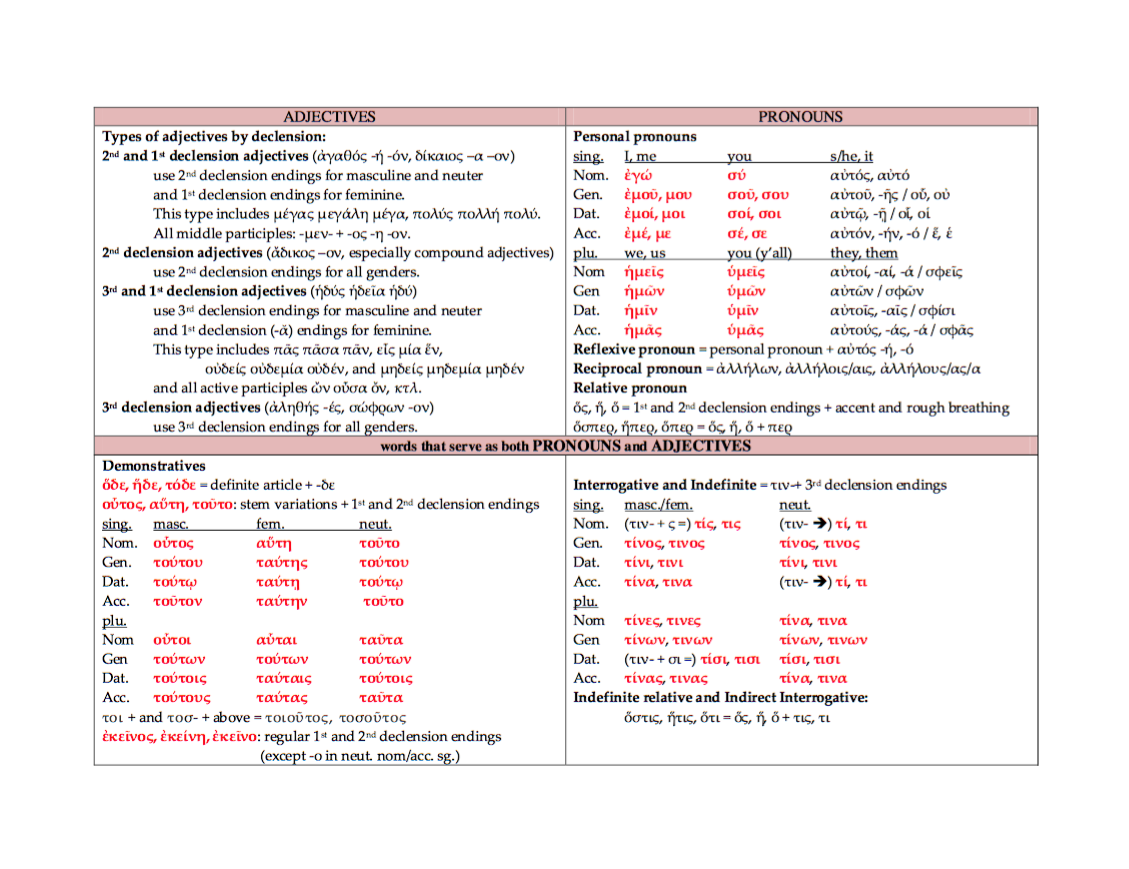 ΙΙ. Please provide the ending number and declension(s) for each of the following adjectives. There are four possibilities:

ΙIΙ. Decline in full the following adjectives. Watch the accents!

IV. Decline in Greek each noun/adjective pair in full. Watch the accents!