AN OVERVIEW OF U.S. ABORTION LAW

During the past 50 years, the Supreme Court of the U.S. (SCOTUS) has superseded states as the driving force in crafting abortion policy. On June 24, 2022, a decision was handed down by an ideological court to overturn protections and send decision making back to the states.

In the 1973 Roe v. Wade decision, the court established:

In 2021, SCOTUS failed to block a Texas ban on abortions when cardiac motion can be detected (roughly 6 weeks). As a result, the law went into effect, prohibiting most abortions in Texas, with other states following suit.

In June 2022, the US Supreme Court with a conservative majority overturned Roe v. Wade, with detrimental consequences for people seeking abortion care in many states. It is likely or certain that abortion will be banned in 26 U.S. states, including 13 states that triggered immediately. Current and anticipated changes in laws by state and territory are in the map below, current as of June 2022, at the courtesy of the Center for Reproductive Rights, where interactive versions are available. 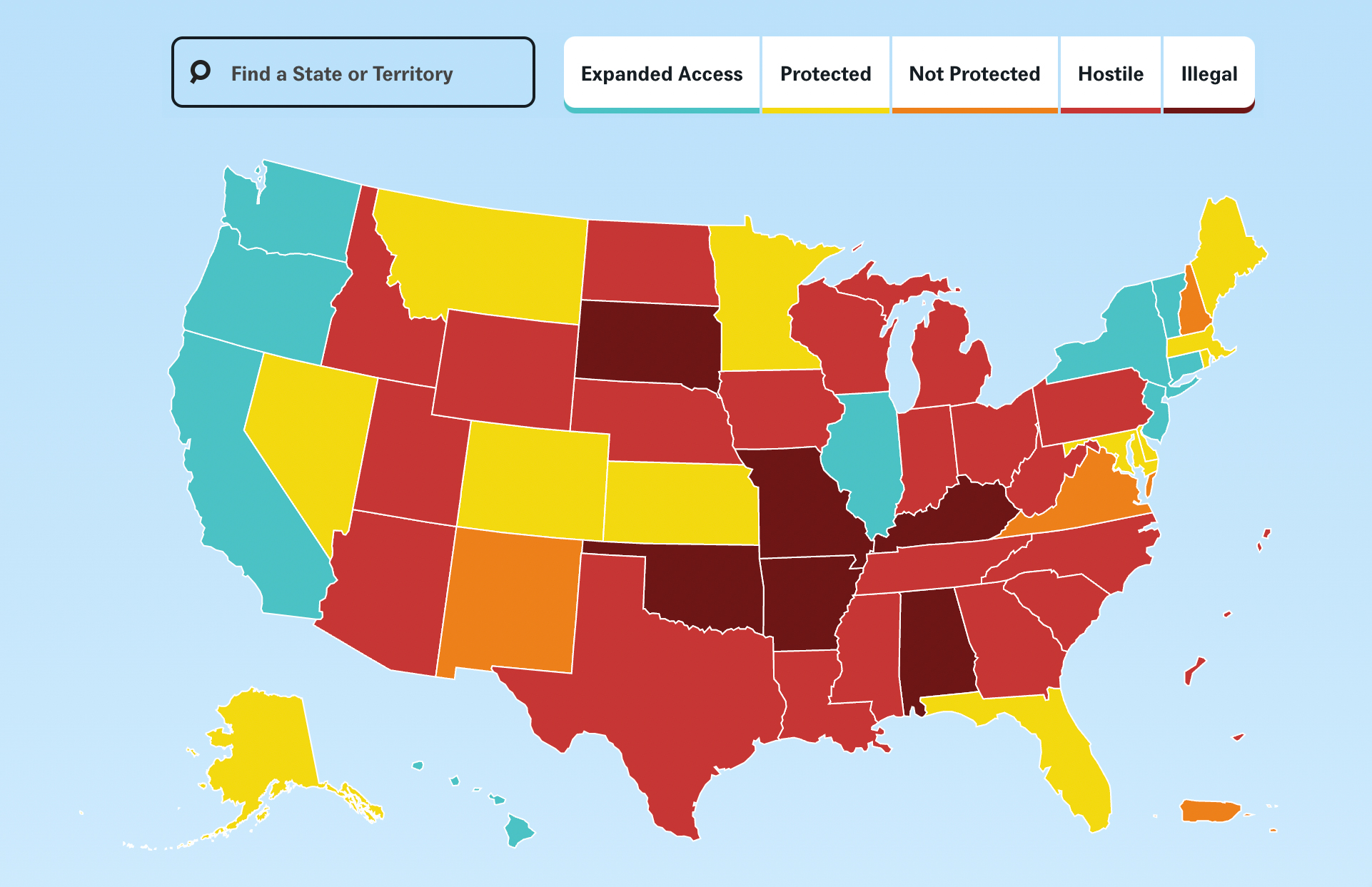 Abstracted from Guttmacher Institute’s Overview of Abortion Law, June, 2022. (Note: Numbers accurate as of publication date and may change with pending cases and legislation.)

Record numbers of restrictive state laws were passed in the last decade.