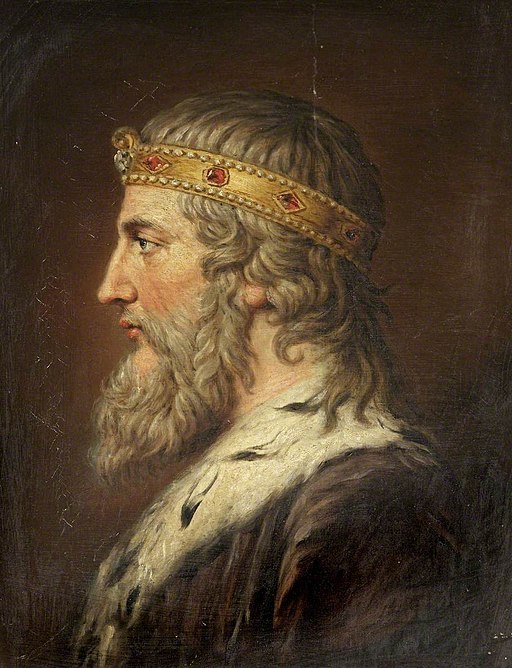 “Portrait of Alfred the Great” by Samuel Woodforde. Wikimedia Commons.

Pastoral Care​ was written by Pope Gregory I, otherwise known as Gregory the Great, around the year 590. The book’s main purpose was to offer a blueprint to bishops and priests, detailing the way to manage their churches and handle their duties (Knox). Originally written in Latin, Alfred the Great decided to translate the work into Old English in order to establish a higher standard of conduct for his own bishops (Marlowe). He incorporated his preface into the translated work that proposed England was in a state of decline, especially when it came to education. Serving as the King of Wessex from 871 to 899, Alfred the Great is one of only two English kings to be remembered as “great” for all he accomplished in his lifetime. During his reign, Wessex was considered an Anglo-Saxon kingdom, causing them to be targeted by Vikings. Alfred the Great’s time as the King of Wessex was largely devoted to dealing with the Danes; ultimately, he would be known and remembered as the King who defeated the Vikings. With much success in battle and the reformation of education, Alfred the Great unified England and created a new sense of expectations for its people.

The late 8th-century marked the beginning of the Viking era that would eventually last over 300 years. With the goal to cause harm, gain wealth, and expand their ideology, the Vikings targeted much of Europe in successive and brutal campaigns. In 866, the Viking Danish army came about. The Danes dominated and continued to defeat British kingdoms until they faced Alfred the Great. During the time, Wessex was the only English kingdom that was still under English rule. Ultimately, in 878, Alfred the Great and his army defeated the Vikings in the Battle of Edington, forcing them to leave Wessex. With his accomplishments in battle, King Alfred became known as the king of the Anglo-Saxons, and gained the respect of his people by focusing on restoring his land through education (“Alfred”). In the late 9th century, Alfred the Great began to translate works in order to promote learning and wisdom.

Alfred the Great’s preface begins by reminiscing about how clergy once behaved. He details how successful past leaders have been, implying that such wisdom has declined and been forgotten. He pleads with current clergymen to start putting into practice the knowledge that God provided them and emphasizes that it is their responsibility to be exemplars of Christianity. King Alfred goes on to explain the significance of books and the importance of understanding them. By not utilizing the books in churches, Alfred the Great believes that wisdom is being lost over time. He wonders why nobody has translated the works into their own languages and comes to the conclusion that it is because they did not believe that future leaders would disregard knowledge and education as much as they have. Alfred the Great recalls certain situations where languages and writings have been translated, revealing that it is possible for everyone to do so in order to gain information. King Alfred’s reasonings bring him to the conclusion that he will be translating Latin Pastoralis, ​also known as ​ Pastoral Care​. He indicates that the reading is essential to his bishops, as well as others to come, and demands that it stay in the church for continued use.

Reading: “Preface” to the Old English Version of Gregory the Great’s Pastoral Care

Worcester. King Alfred bids greet bishop Wærferth lovingly and friendly in his words; and I bid thee to make it known that it hath very often come into my mind what wise men formerly were throughout the English race, both of the spiritual and of the secular condition, and how happy the times then were through the English race, and how the kings who then had the government of this fólk obeyed God and His messengers, and how they held both their peace, their customs, and their government at home, and also increased their country abroad, and how then they sped, both in war and in wisdom; and also the religious orders, how earnest they were both about their doctrine and about their learning, and about all the services they should do to God; and how men from abroad sought wisdom and instruction in this land, and how we must now get them from without if we would have them; so clean was it [ learning ) now fallen off among the English race that there were very few on this side of the Humber that were able to understand their service in English, or even to turn a sent writing [ an epistle) from Latin into English; and I think that there were not many beyond the Humber. So few there were of them that I cannot think of even one on the South of the Thames, when I first took to the kingdom.

To God Almighty be thanks that we now have any teacher in the state, and therefore I have commanded thee that thou do as I believe thou wilt – that thou, who from the things of this world art at leisure for this, as thou often mayest, that thou bestow the wisdom that God has given thee wherever thou mayest bestow it. Think what punishment shall come upon us for this world when we have not ourselves loved it in the least degree, and also have not left it to other men to do so. We have had the name alone that we were Christians, and very few the virtues. When I the called to mind all this , then I remembered how I saw ere that all in them was laid waste and burnt up, how the churches throughout all the English race stood filled with treasures and books, and also a great multitude of God’s servants; but they knew very little use of those books, for that they could not understand anything of them, for that they were not written in their own language, such as they our elders spoke, who erewhile held these places; they loved wisdom and through that got wealth, and left it to us. Here men may yet see their path , but we know not how to tread in their footsteps, inasmuch as we have both lost that wealth and wisdom, for that we would not with our minds stoop to their tracks.

When I then called to mind all this, I then wondered greatly about those good and wise men that had been of old among the English race, and who had fully learned all the books, that they have not been willing to turn any part of them into their own language. But then I soon again answered myself, and said, “ they did not think that men would ever become so reckless and that learning should fall off in such a way. Of set purpose, then, they let it alone, and wished that there should be more wisdom in this land; the more languages we knew .” Then I remembered how the law was first found in the Hebrew tongue, and again when the Greeks learnt it, then they turned the whole of it into their own language, and also all the other books. And again the Latins also in the same way, when they had learn tit, turned it all through wise interpreters into their own language, and likewise, all other Christian nations have translated some part into their own speech.

Wherefore I think it better, if it also appears so to you, that we, too, should translate some books which are the most necessary for most men to understand that we should turn these into that tongue which we all can know; and so bring it about, as we very easily may, with God’s help, if we have rest, that all the youth that now is among the English race, of free men that have property, so that they can apply themselves to these things, may be committed to others for the sake of instruction, so long as they have no power for any other employments, until the time that they may know well how to read English writing. Let men afterwards further teach them Latin , those whom they are willing further to teach, and whom they wish to advance to a higher state. When I then called to mind how the learning of the Latin tongue before this was fallen away throughout the English race, though many knew how to read writing in English – then began I , among other unlike and manifold businesses of this kingdom. to turn into English the book that is named in Latin Pastoral is, and in English The Hind’s Book, one while word for word, another while meaning for meaning, so far as I learnt it with Plegmund, my Arch bishop , and with Asser, my Bishop, and with Grimbold, my mass priest, and with John my mass priest. After I had then learned them , so that I understood them, and so that I might read them with the fullest comprehension, I turned them into English, and to each bishop’s see in my kingdom will send one, and on each is an æstel (I think a small stand for the book] that is of the value of 50 mancuses; and I bid in God’s name that no man undo the æstel from the books, nor the books from the minster. It is unknown how long there may be so learned bishops as now, thank God, are everywhere. For this I would that they always should be at their place, unless the Bishop will have them with him, or they be anywhere lent, or someone write others by them.