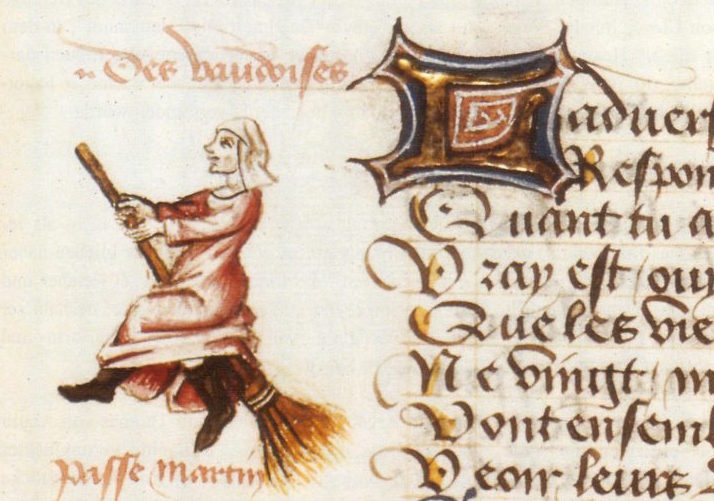 Anglo-Saxon metrical charms were sets of instructions generally written to magically resolve a situation or disease. Usually, these charms involve some sort of physical action, including making a medical potion, repeating a certain set of words, or writing a specific set of words on an object. These Anglo-Saxon charms tell a great deal about medieval medical theory and practice. Although most medical texts found from the pre-Christian Anglo-Saxon period are translations of Classical texts in Latin, these charms were originally written in Old English. Through these metrical charms, we can more easily understand the religious beliefs and practices that pre-Christian Anglo-Saxon England had; we can also see how the people of that time saw and understood sickness and health (Black).

Today, some non-mainstream medical professionals use herbal remedies, but these are often based on some sort of scientific reason. The medical procedures and herbal remedies in these Anglo-Saxon medical charms are not based on science, but on other spiritual qualities that they were believed to have at the time. While many of these charms do have pagan qualities, they are not entirely anti-Christian, with most of the charms including both pagan and Christian characteristics. For example, the Nine Herbs Charm mentions both the Germanic god Woden and Jesus Christ, the central figure of Christianity (Black).

There are twelve known charms (three of which are included below):

I. For Bewitched Land

Here is the remedy by which thou mayst improve thy fields if they will not produce well or if any evil thing is done to them by means of sorcery or witchcraft:

Take at night, before daybreak, four pieces of turf from the four corners of the land and mark the places where they have stood. Take then oil and honey and yeast and the milk of every kind of cattle that is on that land and a piece of every kind of tree that is grown 10 on that land, except hard wood, and a piece of every kind of herb known by name, except burdock alone. Then put holy water on these and dip it thrice in the base of the turfs and say these words: Crescite, grow, et multiplicamini, and multiply, et replete, and fill, terram, this earth, in nomine Patris et Filii et Spiritus Sancti sint benedicti; and Pater Noster as often as anything else.

Then carry the turfs to the church and have the priest sing four masses over them and have the green sides 20 turned toward the altar. Then bring them back before sunset to the place where they were at first. Now make four crosses of aspen and write on the end of each Matheus and Marcus and Lucas and Johannes. Lay the crosses on the bottom of each hole and then say: 25 Crux Matheus, crux Marcus, crux Lucas, crux Sanctus Johannes. Then take the sods and lay them on top and say nine times the word Crescite, and the Pater Noster as often. Turn then to the east and bow humbly nine times and say these words:

Eastward I stand, for honors I pray;
I pray to the God of glory; I pray to the gracious Lord;
I pray to the high and holy Heavenly Father;
I pray to the earth and all of the heavens,
And to the true and virtuous virgin Saint Mary,
And to the high hall of Heaven and its power,
That with God’s blessing I may unbind this spell
With my open teeth, and through trusty thought
May awaken the growth for our worldly advantage,
May fill these fields by fast belief,
May improve this planting, for the prophet saith
That he hath honors on earth whose alms are free,
Who wisely gives, by the will of God.

Then turn three times following the course of the sun, stretch thyself prostrate, and chant the litanies. Then say Sanctus, Sanctus, Sanctus through to the end. Then chant Benedicte with outstretched arms, and the Magnificat and Pater Noster three times and commend thy prayer to the praise and glory of Christ and Saint Mary and the Holy Rood, and to the honor of him who owns the land and to all those that are subject to him. When all this is done, get some unknown seed from beggars, and give them twice as much as thou takest from them. Then gather all thy plowing gear together and bore a hole in the beam and put in it incense and fennel and consecrated soap and consecrated salt. Take the seed and put it on the body of the plow, and then say:

Erce, Erce, Erce, of earth the mother,
May he graciously grant thee, God Eternal,
To have fertile fields and fruitful harvests,
Growing in profit and gaining in power;
A host of products and harvests in plenty,
Bright with the broad barley harvest;
And heavy with the white harvest of wheat,
And all the harvest of the earth. May the Almighty Lord grant
And all his saints who are seated in heaven,
That against all of the enemies this earth may be guarded,
Protected and made proof against the powers of evil,
Against sorceries and spells dispersed through the land.
Now I pray to the Power who planned the creation
That no woman of witchcraft, no worker of magic,
May change or unspell the charm I have spoken.

Then drive forth the plow and turn the first furrow and say:

Hail to thee, Earth, of all men the mother,
Be goodly thy growth in God’s embrace,
Filled with food as a favor to men.
Then take meal of every kind and bake a loaf as broad as it will lie between the two hands, kneading
it with milk and with holy water, and lay it under the first furrow. Say then:
Full be the field with food for mankind,
Blossoming brightly. Blessed by thou
By the holy name of Heaven’s Creator,
And the maker of Earth, which men inhabit.
May God who created the ground grant us growing gifts,
That each kernel of corn may come to use.

Erce: probably the name of an old Teutonic deity, the Mother of Earth. This reference is all we have to preserve the name.
Of all men the mother: The conception of a goddess as Mother of Earth and of Earth as Mother of Men is entirely pagan. This charm is a peculiar complex of Christian and pagan ideas.]

And you, Plantain, mother of herbs,
Open from the east, mighty inside.
over you chariots creaked, over you queens rode,
over you brides cried out, over you bulls snorted.
You withstood all of them, you dashed against them.
May you likewise withstand poison and infection
and the loathsome foe roving through the land.

Remember, Chamomile, what you made known,
what you accomplished at Alorford,
that never a man should lose his life from infection
after Chamomile was prepared for his food.

This is the herb that is called ‘Wergulu’.
A seal sent it across the sea-right,
a vexation to poison, a help to others.
it stands against pain, it dashes against poison,

A worm came crawling, it killed nothing.
For Woden took nine glory-twigs,
he smote the the adder that it flew apart into nine parts.

There the Apple accomplished it against poison
that she [the loathsome serpent] would never dwell in the house.
Chervil and Fennell, two of much might,
They were created by the wise Lord,
holy in heaven as He hung;
He set and sent them to the seven worlds,
to the wretched and the fortunate, as a help to all.

May all the weeds spring up from their roots,
the seas slip apart, all salt water,
when I blow this poison from you.

Mugwort, plantain open form the east, lamb’s cress, venom-loather, camomile, nettle, crab-apple, chevil and fennel, old soap; pound the :herbs to a powder, mix them with the soap and the juice oaf the apple.

Then prepare a paste of water and of ashes, take fennel, boil it with the paste and wash it with a beaten egg when you apply the salve, :both before and after.

Sing this charm three times on each of the herbs before you (he) prepare them, and likewise on the apple. And sing the same charm into :the mouth of the man and into both his ears, and on the wound, before you (he) apply the salve.

IV. Against a Sudden Stitch

Against a sudden stitch take feverfew, and the red nettle that grows through the house, and plantain. Boil in butter.
Loud were they, lo loud, as over the lea they rode;
Resolute they were when they rode over the land.
Protect thyself that thy trouble become cured and healed.
Out, little stick, if it still is
I stood under the linden, under the light shield,
Where the mighty women their magic prepared,
And they sent their spears spinning and whistling.
But I will send them a spear in return,
Unerringly aim an arrow against them.
Out, little stick, if it still is within!
There sat a smith and a small knife forged

Six smiths sat and worked their war-spears.
Out, spear! be not in, spear!
If it still is there, the stick of iron,
The work of the witches, away it shall melt.
If thou wert shot in the skin, or sore wounded in the flesh,
If in the blood thou wert shot, or in the bone thou wert shot,

Then take the knife and put it into the liquid.

[Translator’s Notes: Stitch: The sudden stitch in the side (or rheumatic pain) is here thought of as coming from the arrows shot by the “mighty women”—the witches.]

Faust, Cosette and Stith Thompson. “For Bewitched Land” and “Against a Sudden Stitch.” Old English Poems. Scott, Foresman and Company, 1918, licensed under No Known Copyright.