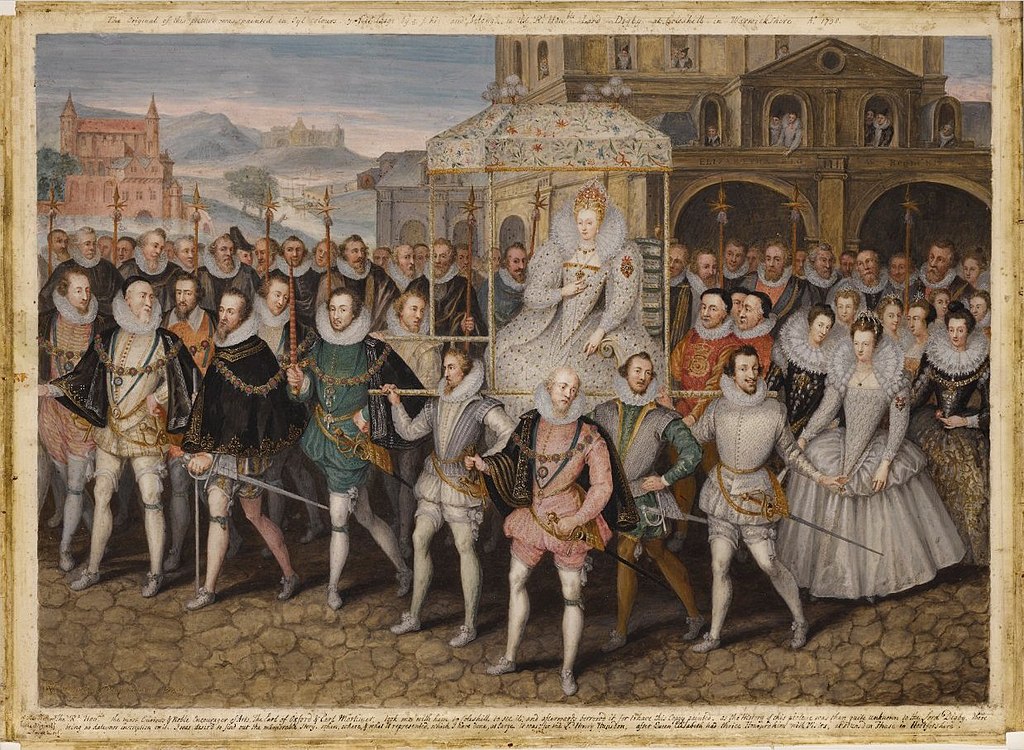 The Renaissance came into full flower in the 16th century. It had begun in the last throes of the previous century with the exploratory voyages of Columbus and Vasco da Gama, the explorers who ventured beyond what was considered to be the edge of the known world. Magellan made his voyage in 1512 and the world seemed to be on the edge of discovery and new beginnings. There was a return to classical ideas and a major revival in the arts on the continent. The Renaissance was spurred on by the great interest in humanism, the many intercontinental voyages that brought new discoveries, the printing press introduced by Caxton in the late 15th century which was now being used regularly, the Copernican system of astronomy which made the sun the center of the universe, the Fall of Constantinople marking the end of the Byzantine Empire and the Reformation brought on by Henry VIII.

It was the English Reformation brought forward by Henry VIII that took up most of the first part of the century.  While the Reformation movement (that addressed the corruption in the Catholic Church) was originally instigated by Martin Luther in Germany in 1517 with his posting of the “95 Theses” in Wittenberg, it was not until an English sovereign had need of a new bride that it took hold in England. Henry VIII had been married to Catherine of Aragon who belonged to one of the most powerful noble families in Europe: the Hapsburgs. Not only was she a Hapsburg and a cousin to Charles the V, the head of the Holy Roman Empire, she was also the daughter of Isabella and Ferdinand of Spain. Catherine had been married to Henry’s brother, Arthur who had died at a young age. The Church forbid anyone to marry their brother’s wife. But Henry was taken by Catherine, and as she said that her marriage had not been consummated, Henry was allowed by the Catholic Church to marry her. Henry was a Roman Catholic. Not only was he a Roman Catholic, his denunciation of Martin Luther led the Pope to christen him “Defender of the Faith”. The papal bull, issued by the Pope which allowed him to marry Catherine would come back to haunt him. After 20 years of marriage, Catherine had only been able to produce one child and it was a girl named Mary. All of her other infants had died at birth or soon after. Because the lineage (at the time) was thought only to pass to the male heirs, Henry was concerned. However, this concern did not manifest outwardly until he caught a glimpse of the beautiful and young Anne Boleyn of France in his court one day.

Henry was desperate to marry her and he tried everything to get the Church to sanction his union and annul his marriage to Catherine on the basis that she indeed had consummated her marriage, therefore his marriage to her was invalid. (Catherine would not recant and stood by her original story). Because Catherine came from a staunch Catholic background and had very highly placed relatives in the monarchies of Europe, Henry knew that he could not harm her or be heavy-handed with her. Henry went and argued with the Pope that the reason he had not had a male heir was because he had married his brother’s wife and that God had punished him for going against his holy laws. Henry tried everything possible to get his divorce from Catherine to marry Anne Boleyn. He consulted with the greatest theologians, gave an impassioned speech to his nobles, but nothing was effective.

During all this, Catherine maintained her dignity, never speaking ill of Henry, and became much admired by the English people for her stoicism. Henry, frustrated with all of the avenues that were seemingly closed to him, departed with Anne to Calais where Anne lived like a queen in all but name. When they returned, Anne was pregnant. They married secretly despite Henry not yet obtaining a divorce. On May 10th, 1533, Henry’s divorce case came before a court. It was held in Dunstable and the court was led by the Archbishop of Canterbury, Thomas Cranmer who was a friend and confidante to Henry. Catherine refused to attend. The case ran until May 23rd when Henry was granted his divorce. The Catholic Church refused to recognize the divorce.  Henry later called Parliament together and gets them to issue “The Act of Supremacy” in 1534 which names Henry as “The Supreme Head of the Church of England”.  He is now in control of the Church in his kingdom.

Henry quickly set about to dissolve all the monasteries in England. Many of these monasteries stood on large tracts of valuable land. He seized them and began to sell them off to the “landed gentry”. These were neither nobles or peasants, but the middle class who had become larger since the social shift after the Black Death. The landed gentry had the expendable income to purchase land. This gentry class became a strong political force in the following centuries, especially in the House of Commons. This Reformation of Henry’s  Church took a toll on the local economies. Many villages and towns depended on the monasteries to support their businesses. Pilgrims would travel to monasteries and stay in the local inns and make purchases for their journeys at the local markets. Many pilgrims also depended on the monasteries for their own shelter and housing when traveling as well. All of that money was no longer being generated. But despite all this, Henry is not considered a radical reformer like Martin Luther or Calvin. He is rather conservative as he still believes in Catholic doctrine and makes very few changes to the Church tenets itself.

In the end, Anne Boleyn fails to give him a son, she has a daughter, the future Elizabeth the First. After all the trouble he went to get his divorce from Catherine, he executes Anne on  the basis of adultery.

But Henry does eventually die with an heir, a son, Edward VI by Jane Seymour, who died soon after giving birth. She is the only one who he wanted buried with him, and they are there under the main aisle in St George’s Chapel, Windsor. Edward VI came to the throne at the age of nine and was the first monarch to be raised as a  Protestant. Thomas Cranmer (the same Archbishop of Canterbury who had been with Henry)  began to implement the full Protestant reform during Edward’s short reign. He wrote the book of Common Prayer,  and implemented many changes to the doctrine of the Church of England. For example, he eliminated clerical celibacy and the worship of the saints. He made the once Catholic Church of England, very Protestant.

Edward VI died at the age of sixteen and eventually, after a short reign with Bloody Mary at the throne (called so because of 300 Protestants she burned at the stake, including Thomas Cranmer), Elizabeth took her place as the reigning monarch of England. The Elizabethan Age was on the ascendant.

The Elizabethan Age or the Golden Age of England

Elizabeth I began what is known as the “Elizabethan Religious Settlement” which was a directive that compelled everyone to attend services in the Church of England. Several Catholic practices would be retained. She is given the title of the “Supreme Governor of the Church of England” because she was a woman and “Supreme Head” was only for a male.

Interestingly, it is not the Catholics who will put up the resistance to this new church. It will be the Protestants who think the new church is “too Catholic” and this will instigate the  English Civil War in the next century. The Pope is incensed by Elizabeth’s directive and issues a papal bull, the Renans in Excelsis which decries Elizabeth as an illegitimate ruler and advocates for her overthrow. He releases all Catholics from any loyalty to the monarch. So, Elizabeth retaliates by throwing the Jesuits out of England or face death.

The Jesuits had long been known to be plotting to bring England back into the Roman fold and that meant eliminating Elizabeth completely. Now, Phillip II of Spain who had been the co-regent with Mary (Bloody Mary, the daughter of Catherine of Aragon) was a widower and he proposed marriage to Elizabeth who refused him. He wanted Elizabeth to marry him and make him co-regent so that he could restore England back to the Catholic Church. Elizabeth was clever enough to know what he was after. When she refused,  the rejected Philip went back and formed the Spanish Armada to attack England. In 1588, the Spanish Armada suffered a humiliating defeat, and  Elizabeth and England were seen as a force to be reckoned with. It is said that this was the beginning of the naval supremacy of England.

Elizabeth was despotic in her personal affairs at times, but she was not a despotic ruler like her father. She was a generous queen earning her the name of “Good Queen Bess” and she reigned over an era of peace and prosperity.  The arts and literature came into full flower with her full support. She supported her countrymen and her followers and her generosity and rule led to the establishment of a somewhat “leisure class” in England. There was time to pursue the arts and music and writing. She was a major patron of the arts and allowed writers and poets to develop their skills.

The Elizabethan Age or the “Golden Age” as it also has been called had some remarkable characteristics. It saw great social progress, the rise of commerce and trade (both domestically and abroad), there was a rise in nationalism, there was a deep appreciation of beauty, aesthetics, and sensuality and there was a fostering of personal liberty and independence. The Elizabethans lived and loved with great fervor. Its music and arts were extensions of this. The writers that emerged from this age were Christopher Marlowe, Ben Johnson, John Dryden, William Shakespeare and Edmond Spenser all were either magnificent poets and lyricists and playwrights. It was a time of great expansiveness after the Reformation which had thrown the country into great division. While Elizabeth was not without fault (she threw Sir Walter Raleigh into the Tower of London for marrying without her permission), she was the monarch who anchored Protestantism in the country and who brought England into the world spotlight as a respected military, economic and cultural force.