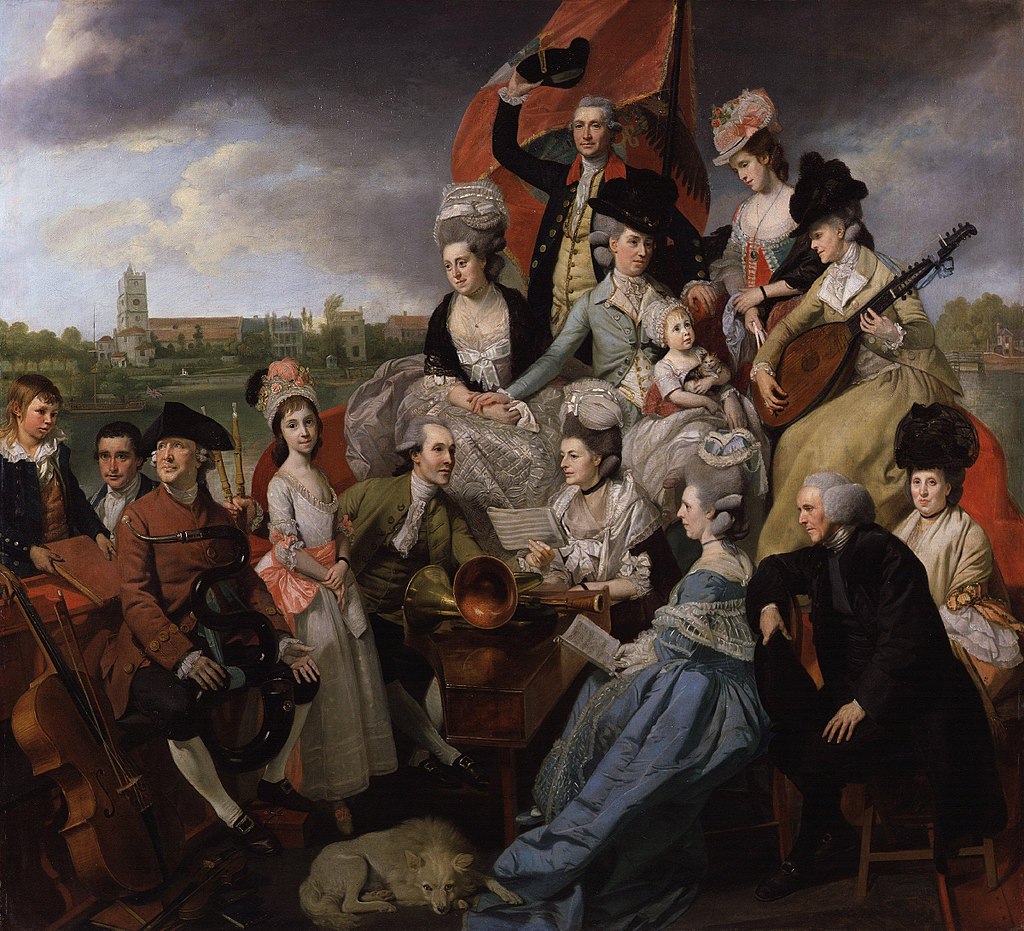 The Glorious Revolution of 1688 is often cited as the event that signals the beginning of the 18th century for historic and literary purposes. While the Revolution was quick and relatively bloodless, it put to an end any Catholic ambitions to the English throne and established a government that rejected the centralized, autocratic state James II had attempted to create. After centuries of religious strife, instability and disease, the island nation emerges in this century as a politically stable, and incredibly wealthy world power.

In 1707, the Act of Union is passed, creating “Great Britain,” as single nation: England, Scotland and Wales. On the domestic front, elaborate systems of canals and turnpikes brought about an increase in travel and trade just as seamen were engaged in expanding and building colonies throughout the world. What made the British enterprise unique was that its focus was not on amassing vast territories (as it had been for the Spanish, Dutch, French and Portuguese) but rather on building a worldwide trading network for its merchants, manufacturers, shippers and financiers. This led to the expansion and strengthening of an unparalleled navy and also accounts for the acceleration of the global slave trade. In the 18th century, Britain was involved in 137 wars or rebellions. Apart from losing the American War of Independence, it was generally successful in warfare, and was especially successful in financing its military commitments. France and Spain, by contrast, went bankrupt. By 1800, the British had laid claim to ports on six continents and had yet to reach their era of greatest power (generally agreed upon by historians as 1815-1914).

On the religious front, the Church of England had settled into a focus on duty and tradition—no longer imbued with the evangelical fervor that defined it in previous generations. Catholics, Jews and atheists were now tolerated as well though they often faced systemic prejudice. Theatres reopened and a coffeehouse culture blossomed in the cities—concerts, lending libraries, pleasure gardens sprouted up to feed an insatiable need for both beauty and intellectualism. This “opening up”—governmentally, religiously and globally—proved fertile ground for writers.

Major works, such as Samuel Johnson’s Dictionary, and the Lives of the English Poets define this era as does the creation of a new genre (the novel), and the rise of satire perfected by the likes of Dryden, Swift, and Pope. Perhaps it is no surprise then that demand for literature was on the rise, too: periodicals proliferated and published essays on a variety of topics as well as fiction for general audiences vied for the attentions of an increasingly literate population. Figures like Daniel Defoe, who wrote in a variety of genres, published hundreds of non-fiction pieces on current events, earning him a reputation as the English language’s “first journalist.” While much of 18th-century literature has a staid and distant formality that evokes the aristocratic class, it was largely produced by middle-class writers for middle-class readers.

The movement that best defined this era is the Enlightenment which is dated from the tail end of the Renaissance until the Romanticist period; it held Reason above all else and felt that equality could be afforded all men on the basis of equal access to rational thinking informed by direct observation (empiricism). As a result, Englignment ideals fostered a moderate approach to religion and a distrust of dogmatism more broadly. This allowed for entirely new approaches to science, exploration, and the arts. In 1662, Charles II charted the Royal Society of London for the Improving of Natural Knowledge just as the microscope and the telescope were revealing the intricacies of the universe. Many began to believe that a “new era” was being charted in their time; an era that would—finally—surpass the human achievements made by the ancients. If “sense” (as in common sense) is the word that best defines 18th century Britain in the first half of the century, “sensibility” gains a decided foothold in the latter half. From the word sentimental, this concept holds that the foundation of social conduct is not rigid moral authority but an innate kindness rooted in the common good. This led to a wellspring of charitable giving, and a push toward social reform across many sectors—education, healthcare, the penal system—as well as the call for increased rights for women, and the abolition of slavery.